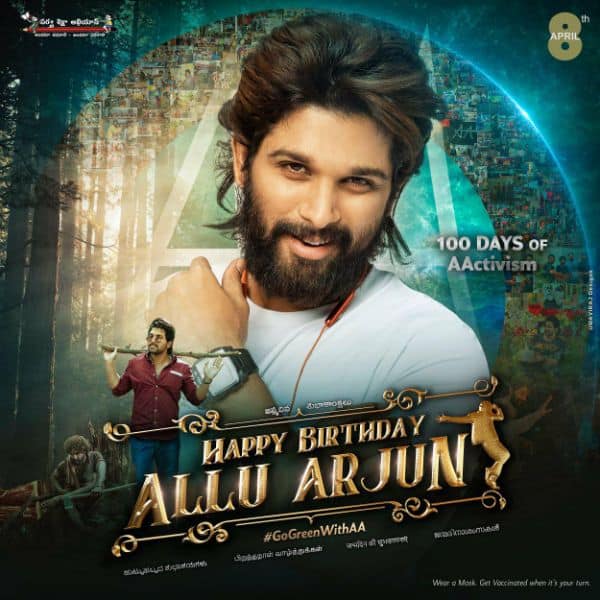 Advance birthday celebrations have ensued a day earlier for Stylish Star Allu Arjun, whose birthday is on 8th April. An unprecedented phenomenon has hit social media as over 52 artists spanning across varied film industries in India share a common display picture to ring in his upcoming birthday. The common display picture features glimpses of Allu Arjun as Pushparaj, the character he essays in his forthcoming movie, Pushpa, helmed by Sukumar. Apart from birthday wishes for Stylish Star, the display picture also highlights #GoGreenWithAA, which is central to the theme of the Sukumar directorial. The 52 artists who posted the common display picture include directors, singers and actors who set the internet on fire with #AlluArjunBirthdayCDP trending on social media.

Based on true events, Pushpa revolves around the red sanders heist in the hills of Andhra Pradesh. It marks Allu Arjun’s reunion with director Sukumar and music maestro Devi Sri Prasad. The trio has earlier delivered two blockbuster movies: Arya and Arya 2. With this film, the audience shall see Allu Arjun and Rashmika Mandanna, sharing the screen space for the first time. The pan-India film is slated to release on the 13th of August, 2021.

No Time to Die